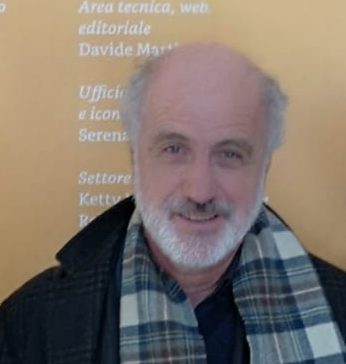 Alberto Cavaglion, professor of Jewish history at the University of Florence will give a talk entitled Saint Martin Vesubie, Madonna del Colletto, Borgo San Dalmazzo: Autobiographical Souvenirs of Alberto Cavaglion. The event will be in French.

Between 8 and 18 September, 1943, major events intertwined in the Alpes-Maritimes and Piedmont: the escape across the Alps of the Jews of Saint Martin Vésubie, the German occupation of France and Italy, the birth of the Italian Resistance (banda Italia Libera in Madonna del Colletto), the establishment of the concentration camp in Borgo San Dalmazzo and and the start of the priest Don Raimondo Viale helping the hiding Jews.

Dr Cavaglion will shed light on different but converging points of observation: the Jews on the run, the first organization of the Resistance, the deportation to Auschwitz of 350 men, women and children, and the help given to families hidden in the Alpine valleys.

With the support of unpublished documents and viewing of the documentary by Don Giuseppe Pollarolo on the Banda Italia Libera.

Alberto Cavaglion teaches the history of Judaism at the University of Florence and is a member of the scientific committee of the Meis (Museo dell’Ebraismo italiano, Ferrara) and of the direction of the magazine La Rassegna Mensile di Israel.

In 2005, with the book La Resistenza spiegata a mia figlia (The Resistance explained to my daughter) (L’ancora del Mediterraneo), he won the Lo Straniero prize. Four editions of this book have been published (with Feltrinelli paperbacks since 2015, new edition 2021).

Among his most recent works are: (all in Italian)